Nice To Be Back Beekeeping 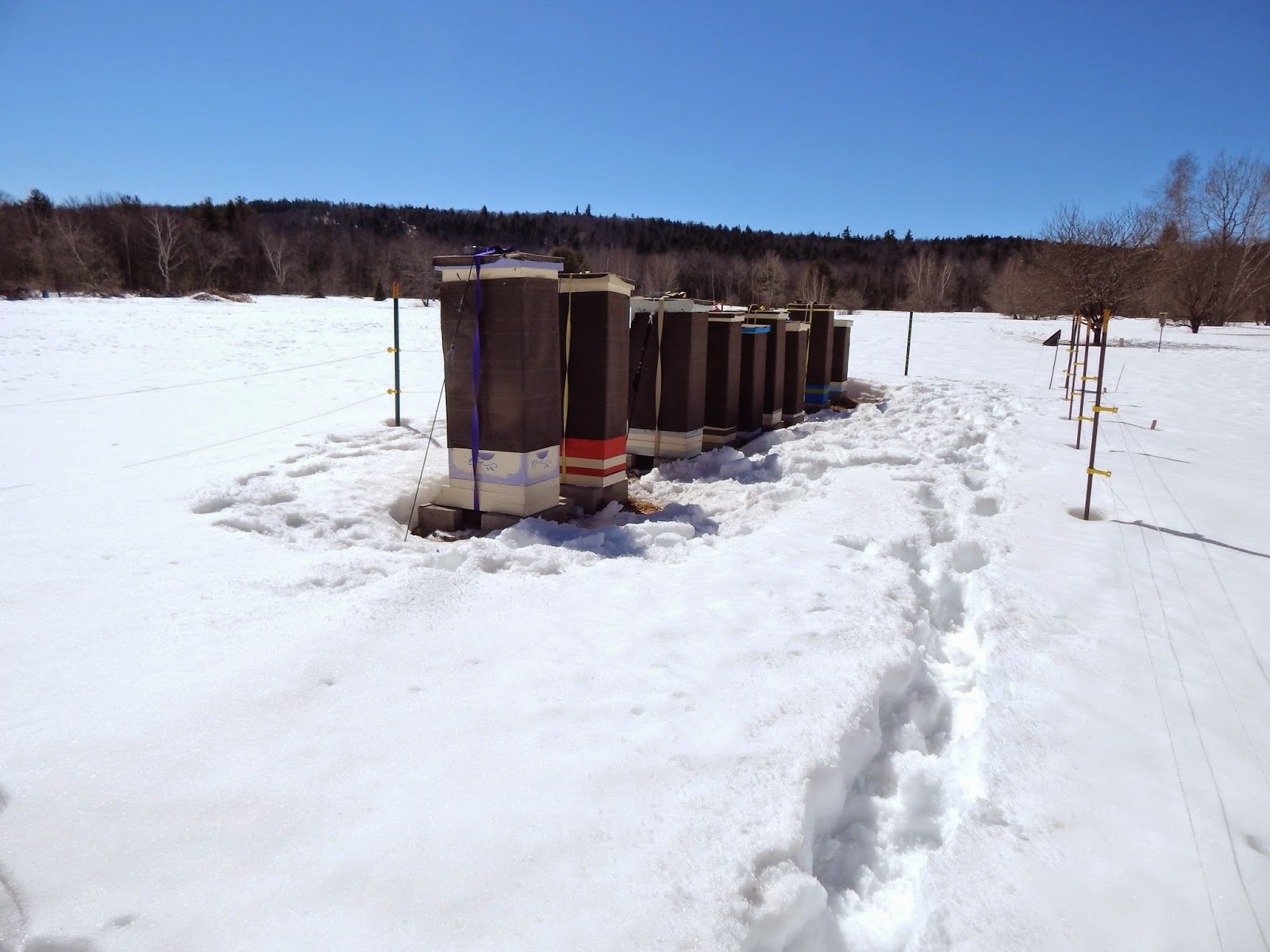 From November 29 to March 29 - 4 months of a still very cold and long winter. Went out to the hives this morning. I've seen them flying and hoped at least half would be there to greet me... but ALL NINE ARE ALIVE! 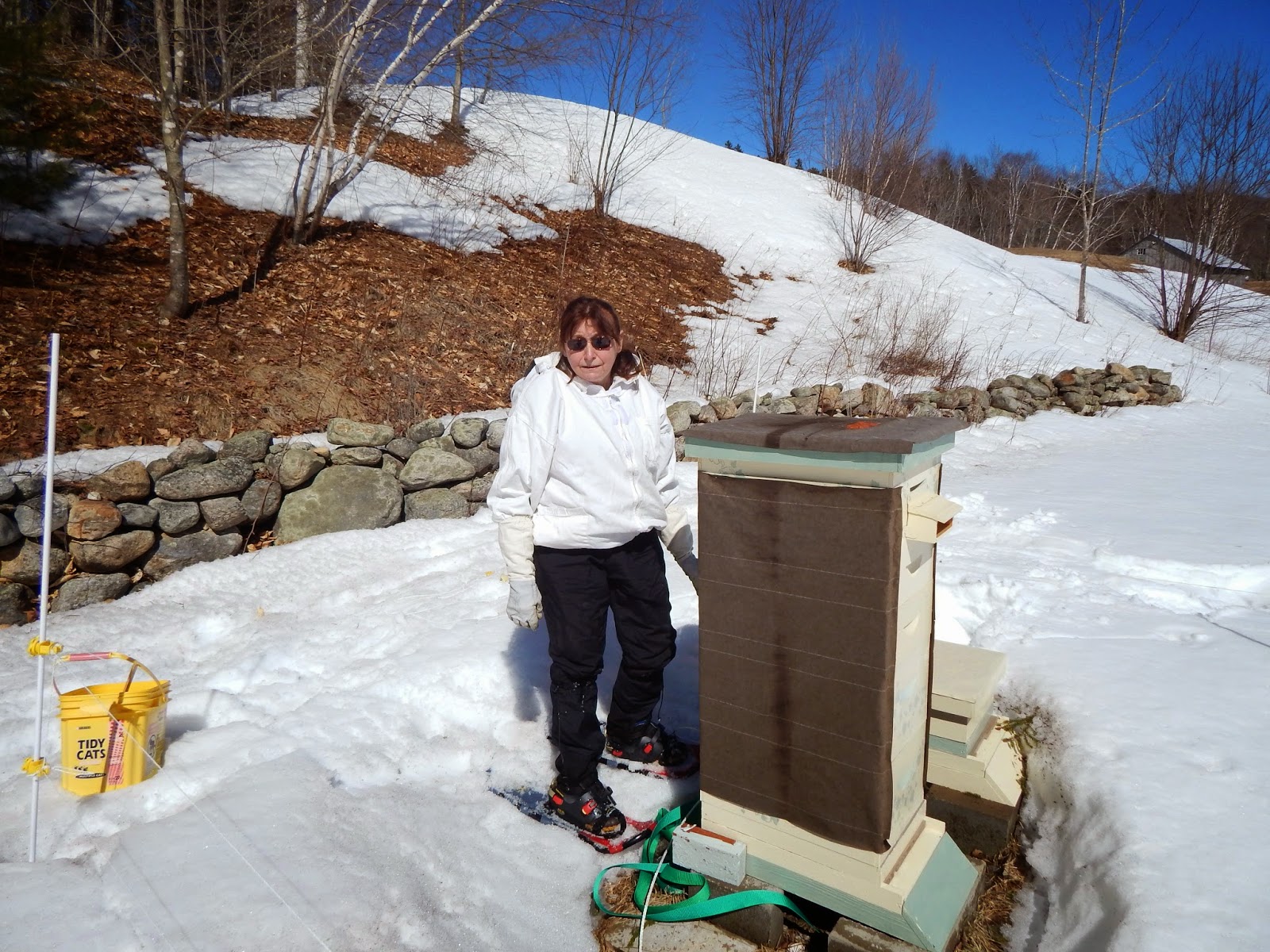 These are two Palmer hives and seven of the ones I bought from a retiring beekeeper on Canada's border with New York.

I had placed some sugar candy in the top, but it was barely touched if touched at all.

As an offering I placed a small tray of their honey today under the hardware cloth basket I made for the pine needle insulation. all the homasote boards were dry except for the big Palmer hive on the end.. soaked! This hive to the left is out on the hay fields that were mowed to the quick last spring at the start of the nectar flow. They may not have made it but no bees on the floor and they are another Palmer hive. He's said his bees don't budge in winter mode so my fingers are crossed.

I'll upload some video later on. Great day at the hives!
Posted by athenasbees at 4:49 PM No comments: